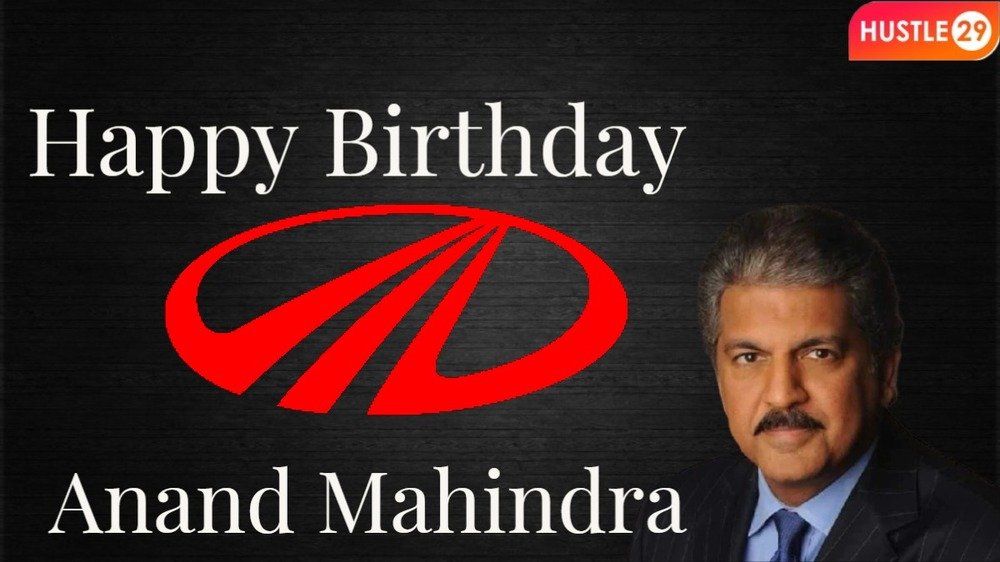 Being a businessman isn’t for everyone. There is no magic formula or a simple checklist to ensure your success as an entrepreneur. It involves long hours of hardwork, challenges, setbacks, and spirit behind a success story. In that list comes the ‘Entrepreneur Of The Year For 2013’ – ANAND GOPAL MAHINDRA.

Born on this day (1st May, 1955), Anand Mahindra is an Indian billionaire with an estimated net worth of 180 crore USD. He is the chairman of the notable and reputed Mahindra Group : A Mumbai-based business conglomerate.

Being from the third generation of the industrialist family, Anand Mahindra was born to late industrialist Harish Mahindra and Indira Mahindra. He did his schooling in Lawrence school, Lovedale and pursued his masters from Harvard Business School, Boston in 1981.

At the start, the company was originally known as Muhammad and Mahindra. However, after independence, Muhammad relocated to Pakistan and went on to become the first finance minister of the country! He also served as the governor-general for a few years.

Hence, the co-founders renamed it to Mahindra & Mahindra (M&M). Initially, M & M was a steel manufacturing company. Soon, they developed as Jeep manufacturers and expanded as manufacturers of agricultural tractors & light commercial vehicles.

One of the major challenges was that the Mahindra Group was in dearth of a technology to build a car from scratch. In order to achieve it, they had to enter into a joint venture with Ford. But, unfortunately the Escort car was a failure. Usually, Ford products set up a benchmark for driving dynamics and were affordable to buy. Then, why was it such a failure in India?

After this, he took up the gruelling challenge of building up a car without the help of any joint venture. Anyone would consider this as a baseless step, since they faced a failure even after joining hands with a multinational company. The result of his risk is what we know as Scorpio today. Yes, you read it right! The Scorpio SUV was built from scratch and it defied all the odds. It bewildered the market with its ultimate profits and success. There was a heavy demand for the SUV and it reaped a 36% market share, much more than Tata Group’s 5%. What else would a man need?

Furthermore, he didn’t stop just with his companies. His biggest achievement includes starting the ‘Nanhi Kahli’ – A NGO for underprivileged girls. The organization aims at empowering girls through education and have reached out to lakhs of people.

Over the years, Anand Mahindra has received several recognitions, some of which include:

What's So Special About The World's Safest Bank?