What’s So Special About The World’s Safest Bank? 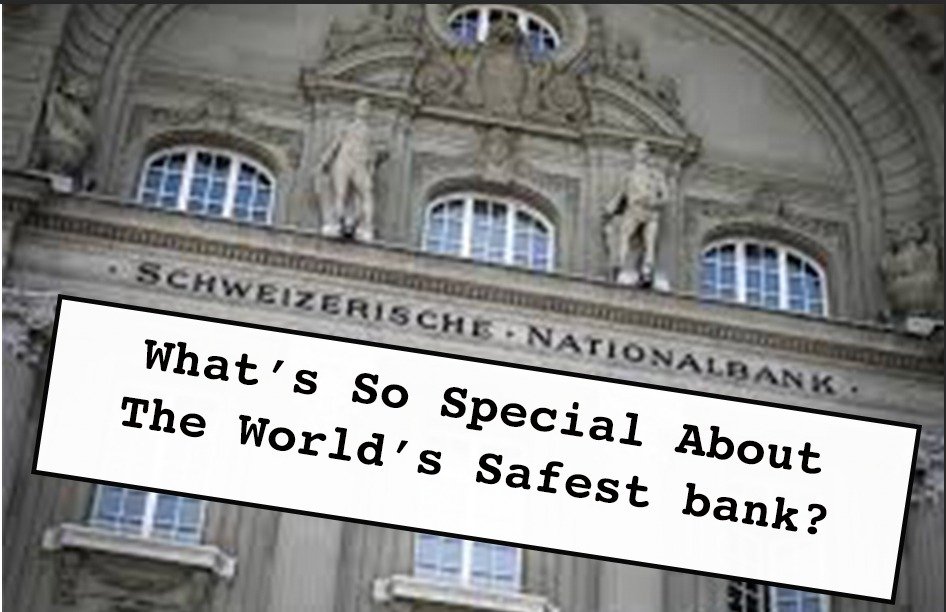 As a layman, all we think about any bank is that it is a place where people deposit money, make loans and use it for other financial services like currency exchange, wealth management, etc.

What else can a bank have more special than this? If you have this question, I assume you don’t know about Swiss banks.

The Swiss Bank Corporation is a bank headquartered in Switzerland with a lot of mysteries. We all might have seen Hollywood movies glorifying Swiss banks, especially in a way that makes people imagine extremely wealthy criminals and nefarious activities. Not only this, there are a lot of things that make Swiss banks special.

Let me tell you the secrets behind Swiss banks.

Switzerland is the one country that is known for its strictest banking laws and stable economy. Also, it hasn’t been in any conflicts for nearly 500 years. But is it the only reason why people prefer Swiss banks? Well, it is one of the reasons.

Though Swiss banks also operate as regular banks, their low levels of financial risk and high levels of privacy have made them popular. In general, any bank tends to disclose its customer’s details. Especially, in special cases like the general interest of the public or to unearth fraud, etc.

But according to Swiss Law, bankers are prohibited from giving out information about their customers. And also, the customer’s identity will not be revealed until the person is suspected of committing an offense defined as criminal under Swiss Law. This is the reason behind the reputation of Swiss banks for being secretive and impenetrable. Also, this makes a person having an account in a Swiss bank immune to all sorts of scrutiny.

This might make us wonder why people keep their money in Swiss banks despite such low-interest rates. The answer just goes back to the first point. Swiss banks have developed a perennial reputation for privacy and this is one of the main reasons why people prefer them.

We can always find the these banks being involved whenever the rich find themselves in trouble; be it tax evasion or banking fraud, or a simple high profile financial scandal. Plus, the real-life Swiss banks are not as adventurous as shown in movies and articles where they are portrayed as just for the super-rich and a place where crime can succeed.

This is the reason that keeps the cliché phrase “Rich people love Swiss banks” prevailing. It’s a misconception that Swiss accounts are only for wealthy people. The basic requirement for anyone to open an account in a Swiss bank is that you have to be above 18 and should have a valid passport.

On top of the Swiss Law working hard to protect the Swiss accounts, the currency of Switzerland is one of the safest in the world. Switzerland’s money is backed up by at least 40% in gold reserves at all times.

However, by now I would have gotten you into an assumption that Swiss banks are the safest and no robbery or theft can take place. But NO! Robberies do take place frequently in isolated bank branches usually with little success. Swiss bank robberies are not among the most famous as they don’t iconize their bank robbers.

The most notable theft in Switzerland is the Fraumunster Post Robbery of 1997, which competes with the Great Train Robbery of 1963 for a Guinness World Record as the best-planned robbery in history. This remains the biggest Swiss heist so far.

Keeping this aside, Switzerland remains as one of the countries where you can literally bet your money on! Your account is protected in almost every way. Their high capital adequacy ratio along with no history of a major crisis also acts as a huge incentive for people to deposit their money.